The person who says that is not anybody: Vinton Cerf, as you probably know, is the co-inventor of TCP/IP, and, as such, considered as one of the father of the Internet. He is now a VP at Google. Cerf was speaking about our behavior in Social Networks that would eventually end-up making our privacy impossible to manage. 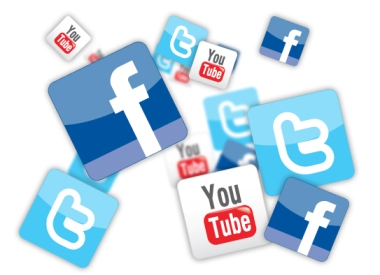 With Social networks, you can at least (more or less) try to manage your privacy going though some kind of confusing user privacy settings that change every two months. And, you probably have more important things to do than to change them every time a marketing guy has a brilliant idea about privacy at Facebook (or Google or Twitter or… just put your favorite social network name here).

We are talking here about the “privacy” you are still allowed to manage. There are already a lot of things you cannot do so (you probably know that your phone knows already perfectly where you are, and offers that valuable information to Apple/Google/Microsoft, this being just an example). And the more the Internet of Things will be present, the less you will be able to deal with managing dozens of « privacy » settings. And well, you know, I am not even talking about people/organization whose duty is to spy (“legally” or not) other people. Internet has been the perfect tool for them, making their life so much easier and their results so much better. Don’t speak to them about online privacy, they will laugh…

If you are paranoid, the only technologically trustable solution would probably be to stop all online activities (which would in turn probably nominate you as highly suspect, by not having a “normal” social behavior) but hey!, we are there to talk about technology, not to propose going back to pre-internet times. So I think that, unfortunately, we all now have to accept what Mr. Cerf says: “Privacy may be an anomaly” (and will probably totally disappear). The power of current and future analysis tools (Big data for our day to day internet use analysis, Quantum Computing for decrypting what is supposed to be really private), makes now impossible to insure a real anonymous Internet. And I am not sure that corporations are willing to… The most valuable data on the Internet now is your personal data, and it won’t change for a while.

Unfortunately, the Internet is starting to look a little bit like the Village of Patrick McGoohan in the famous (at least in France) TV show The Prisoner. It’s a world where you can do whatever you want, but don’t forget that someone might always be looking at you…